Have you seen the Louis Vuitton Eye Trunk iPhone Case when it was being carried in the Spring 17 runway? Or have you seen it all plastered over social media and other blogs this past month? It was first spotted on the runway in early October and it released early March. This fashion item has been making a lot of buzz since its preview. It’s been a month after the release and what are everyone’s thoughts on it now? 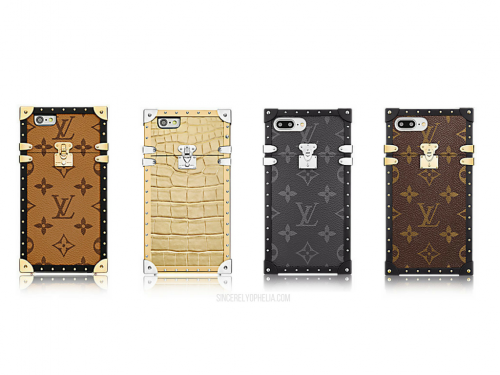 On the Louis Vuitton US website, the description for the item is as follows:

“The Eye-Trunk for iPhone 7 in Monogram canvas seen at Louis Vuitton Fashion Show pays a tribute to the House origins as a trunk designer. More than a protective cover, this new Nicolas Ghesquière statement establishes itself as the ultimate fashionable accessory of the season.”

And heck they’re right about it being the ultimate fashionable accessory of the season. When it first previewed on the runway, many blogs and refinery29 alike, made such bold statements about the piece. A post on refinery29 states, “For spring ’17, though, the clear standout is slightly different: The It bag isn’t even a bag — it’s a phone case.”

The design is based off Ghesquière’s Petite Malle. Price ranges from about $1000 USD to $5000 USD depending on what style you get. There’s also a Supreme Collaboration one releasing soon! You can view pictures from Hypebeast! 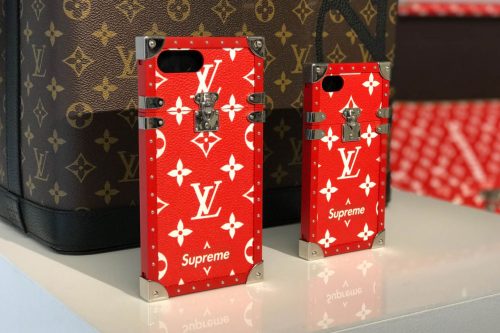 For cheaper and iconic monogram ones, it will set you at $1180 USD for an iPhone 7 case and $1250 for an iPhone 7+ one. It’s pretty special, because this is a limited edition piece and you have to “call for availability”. This makes it an exclusive collectible for LV collectors! I personally have been eyeing it for a while. I love the monogram and reverse monogram one and would love to get one for my iPhone, but I have so many concerns over it.

Aside from concerns, I find this piece does have reasons why it’s a must have.

Well that’s just my two cents on this piece. I’ve been lurking the Purseforum to see what others think of this piece. And I found many others who have similar concerns, but also some that have taken the plunge and enjoy their piece so much! My heart is still going all out to this piece. Be still my heart! I’m having second thoughts! What about you? Do you find this piece crazy or genius? Write back and let me know your thoughts! I’d love to know!

Thanks for stopping by!

Sincerely Ophelia
Hi! It’s Ophelia! I’m just a fun-size petite Asian girl living life in NYC, with a big heart for the love of life. I'm an overshareer of all sorts and enjoy inspiring others. Through this blog, I hope to share my styling ideas, shopping finds, latest trends, and solutions to everything related to fashion and beauty.